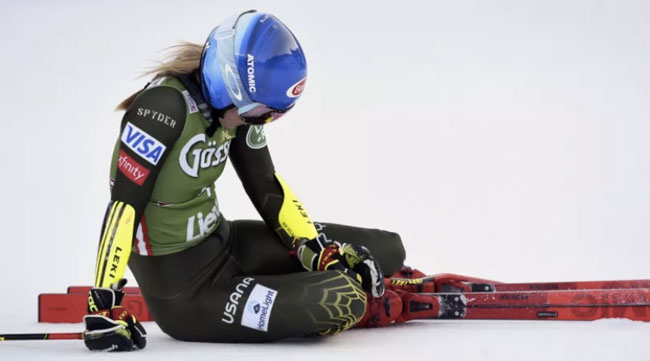 The successful World Cup in Jasna (Slovakia)was overshadowed by the statement of Mikael Shiffrin after the completion of the giant slalom. The American alpine skier accused the organizers of deliberately prolonging the pause before her start, because of which she could not win the race.
After the finish, Petra Vlhova (Slovakia) remained in first place, and in the process of passing the track, she broke the gate hanger, and the organizers replaced it. Mikaela Shiffrin had to wait at the start, and after the race she said that the pause was made deliberately to harm her and help Petra Vlhova.

“We do not in any way assume that this happened intentionally. It’s a regular part of our sport. Just as Mikaela Shiffrin was waiting for the start, Petra Vlhova was waiting for it earlier after the fall of the Polish athlete. In both cases – two and a half minutes. In both cases, we tried to react as quickly as possible,” said Yana Palovichova, the race’s sports director.

“Not everyone is to blame for what happened. There was a lot of good stuff here, but this situation really upset me. Do you want to know why this bothers me? Petra could have won without anyone’s help. I think they did it on purpose, ” said Mikaela Shiffrin, calming down a bit after the race.