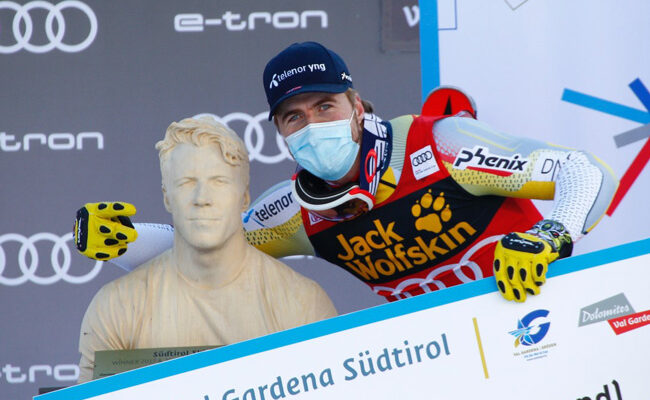 the dolomites val gardena südtirol ski trophy was won this year by alexander amodt kilde. For two races – supergiant and downhill – the Norwegian scored the most World Cup points and received a special prize from the organizers of the competition.
Hilde won both races and won the DOLOMITES Val Gardena Südtirol skitrophy. 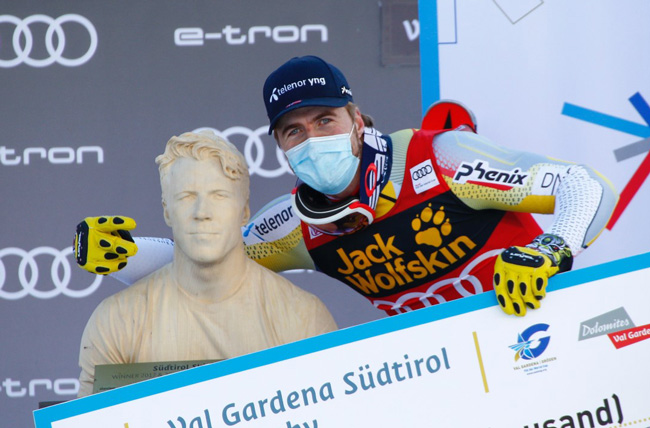 The 28-year-old scored 200 points out of 200 possible and is by far the most successful Saslong Classic skier. kilde is followed by american ryan cochran-siegl, who finished eighth in the supergiant and second in the downhill. in total, ryan scored 112 points in two races and beat another norwegian kjetil jansrud. Kjetil scored a total of 110 points on the Saslongue with third place in the supergiant and fourth in the downhill.

the best local athlete in val gardena/greden was dominique paris. the athlete from the south tyrolean valley alten twice finished in the top 15 on the “saslongue” and scored 38 points in these two races. 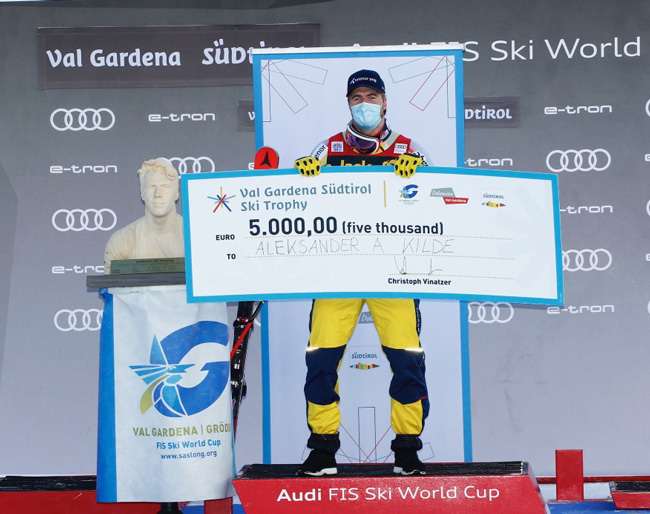 The winner of the DOLOMITES Val Gardena Südtirol ski trophy received an original wooden bust, which everyone can see in the” Hall of Fame ” in Saslonch Hut, as well as an additional prize: 5,000 euros and a paid short vacation for two in Val Gardena. The idea of a special prize was implemented by the Saslong Classic organizing committee in collaboration with DOLOMITES Val Gardena Marketing.

the prize money of the world cup for winning each of the competitions in val gardena is 43,500 chf, so in two days kilde earned 87,000 swiss francs and an additional prize from the organizers. in the men’s world cup, the norwegian is the leader in the number of prize money received this season – 99,400 chf. In the Women’s World Cup, the leader is Petra Vlhova, who has earned 155,660 CHF since the start of the season.