One of the best skiers in the world finally wins the first victory of the current season. 🙌🏻

💥 After a series of unsuccessful starts, Henrik rallied today and showed the highest skill in the second race of the competition, rising from 12th place after the first attempt. For Kristoffersen, this victory is the first since January of this year. Congratulations on your long-awaited comeback to the top! 💪🏻 💪🏻 💪🏻

⛷ Second place in today’s race was taken by another Norwegian Sebastian Voss-Solevaag (+0.33 sec.), who led after the first attempt. The top three winners were completed by a young and very talented Italian Alex Vinatzer (+0.34 sec.).

The leader of the overall World Cup standings Alexis Pinturault took 6th place in today’s competition, which he shared with his compatriot Jean-Baptiste Grange, who rose from 25th place after the first attempt, thanks to the best time in the second race, and with German Linus Strasser. The loss of all three was 54 hundredths of a second. 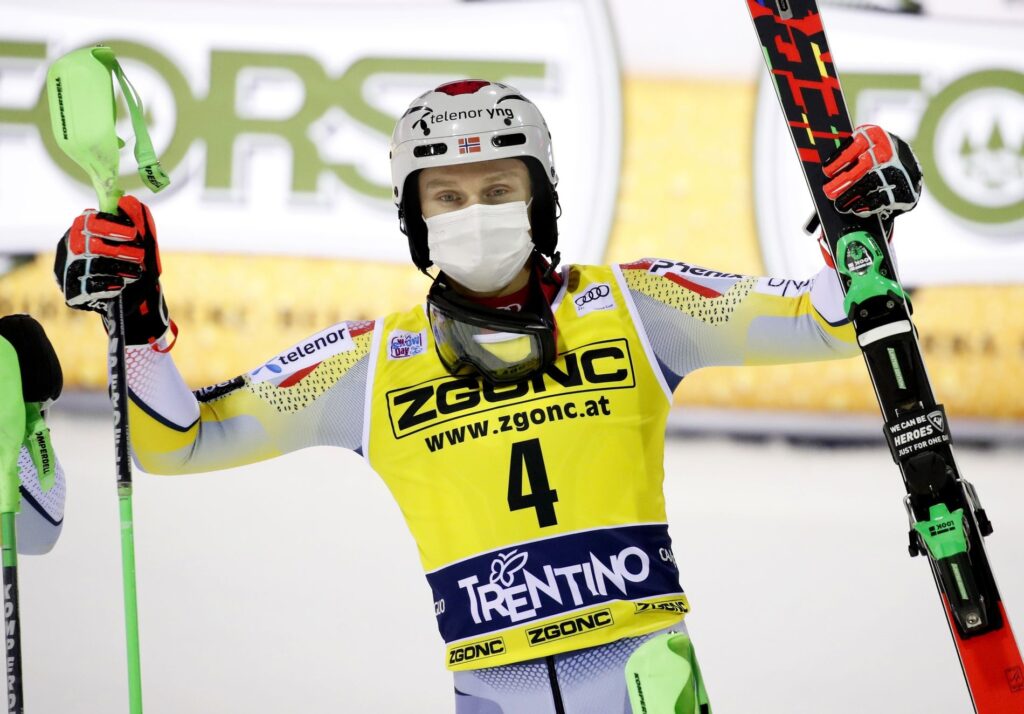